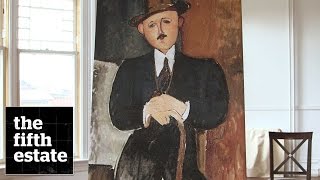 The Mystery of the Modigliani Masterpiece - the fifth estate

It’s a painting created by one of the great masters that went missing for over fifty years. A Modigliani that may have been looted in Paris during the Nazi occupation. Then, it resurfaced at a Christie’s auction in London. 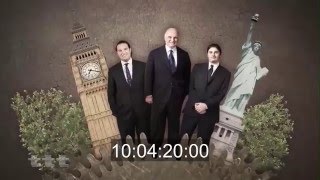 CBC/ICIJ investigation probed true ownership of painting alleged to be looted by Nazis Julian Sher · CBC News · Posted: Apr 11, 2016 10:36 AM ET | Last Updated: April 12, 2016 In 1918, Modigliani began work on Seated Man with a Cane. The family of Jewish Parisian art dealer Oscar Stettiner claim the painting belonged to him and was looted by the Nazis when they occupied Paris.(Christie's Images/Corbis) Swiss authorities confirmed Monday they have seized a Modigliani masterpie

What the Panama Papers Reveal About the Art Market

The Claim - The Search for Stolen Art from WWII

franceinfo-culture: Restitution of works stolen by the Nazis: in the footsteps of a looted Chagall

Stedelijk: Painting by Kandinsky handed over to the heirs of Jewish former owners

The Times UK: Masterpiece looted by the Nazis to fetch £7 million

The NY Times: Pissarro Seized by Nazis to Be Sold at Auction After Families Settle

Forbes: Pisarro Painting Seized By Nazis Could Sell For $1.8 Million At Auction After Settlement